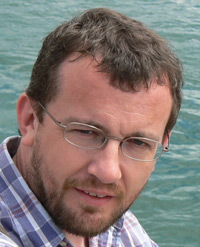 This morning when I got up it was still dark. I went downstairs to make a cup of tea and opened the kitchen door. There was only a small light on behind me, and before I had a chance to turn on the bright kitchen light, I was struck by patches of shadow and light! The moon was almost full in an almost cloudless sky, it’s soft light shining through the window, light shining in darkness!

I have always loved moonlight. I still remember looking out my bedroom window one night as a child of around 8 years old. Why I was awake in the middle of the night I don’t remember, but I remember what I saw as clear as if it were yesterday. This was my first ever sight of moon shadow! I saw the garden below bathed in silvery light and I saw the shadow of the trees on the grass! I had always thought that night was a time of “not seeing”, of the absence of light.

The village I lived in was rather like Bleadon in all sorts of ways, similar proximity to the sea, similar size, …… but on the east side of England, not the West! But there were no streetlights! Just like parts of Bleadon today. I knew first hand, just how hard it was to make your way home after dark when your torch was broken and there was no moon! Yet looking out my window in the middle of the night there were shadows! Light in darkness that was not a vague glow and neither a burning sun, but a soft yet strong light that had clarity and gave definition, even to the shadows of individual twigs on the trees!

As we celebrate the day when Mary and Joseph brought Jesus to “Present him” in the temple in Jerusalem (Sometimes called Candlemas and this year falling on 2nd Feb), we hear Simeon’s words:

‘Lord, now you let your servant go in peace, the things you have spoken are happening here in front of me!

My eyes have seen your gift, which you have prepared in the presence of all peoples,

a light for revelation to the Gentiles and for glory to your people Israel.’

In what ways has God’s light, welcomed at Christmas, given us fresh sight? Is it always the bright glaring light that opens our eyes, or is it often the moon light or the dimly burning wick?

As we dwell in the light, in all its forms, may we be willing to open our eyes and see.

Yours with much expectation,